After a great deal of anticipation and hearing about numerous adventures from former AS students for almost a year, the AS Drama class and five students from the AL Drama class of 2019-20 finally stepped onto the plane from Hong Kong to London, where a week of immersion in West End theatre and performance workshops was awaiting us. 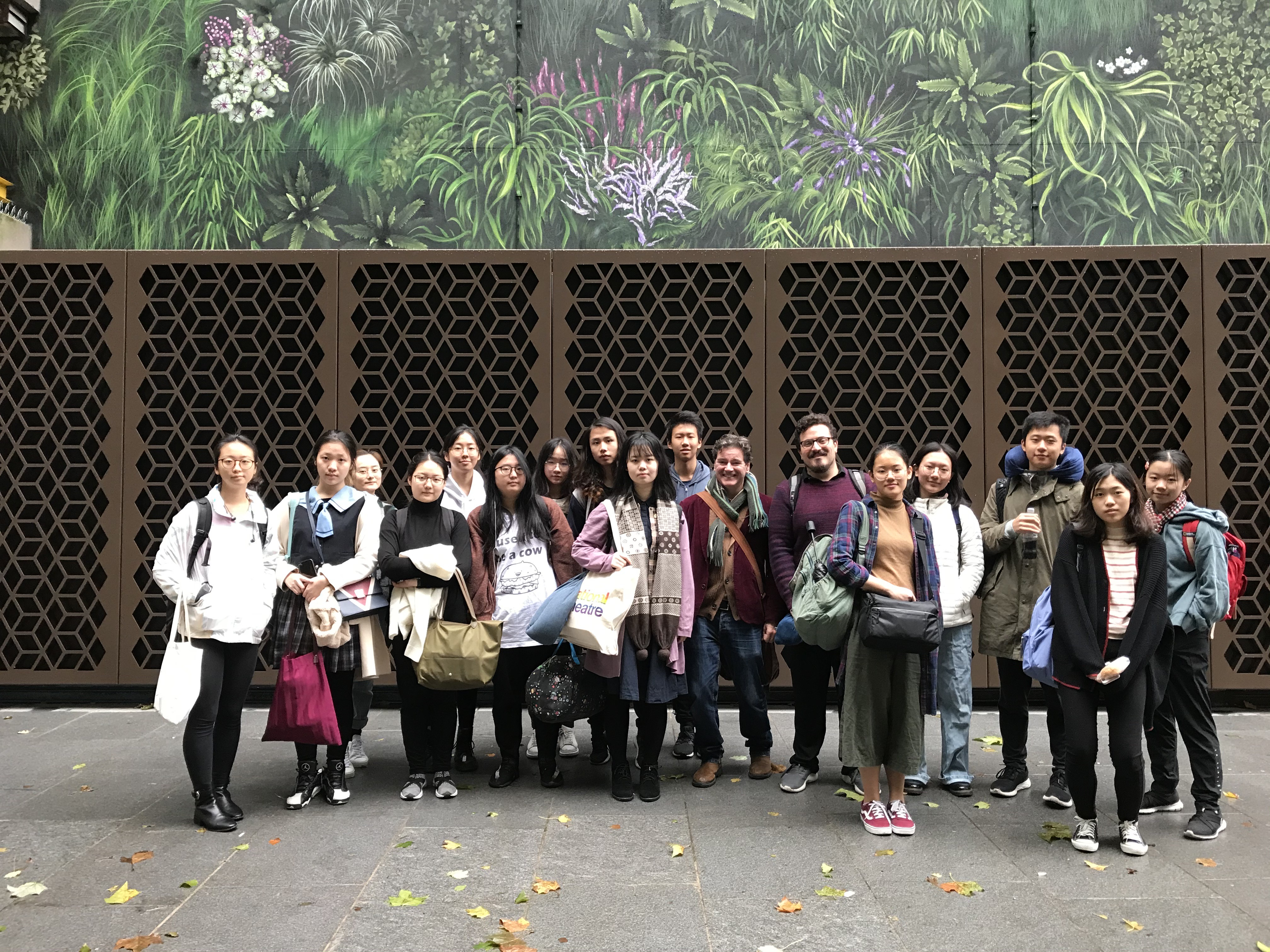 While the 13-hour flight was tiring, I was awakened by the chilly London air immediately after disembarking the plane. It was still very early in the morning, everything was so fresh, everyone so busy walking. Gadi Burman, our drama teacher and trip leader, guided us on the Thameslink and London Underground to our Covent Garden hotel. So, there we were, a large mob of Chinese students led by their teacher in the London transportation system heading to their hotel. 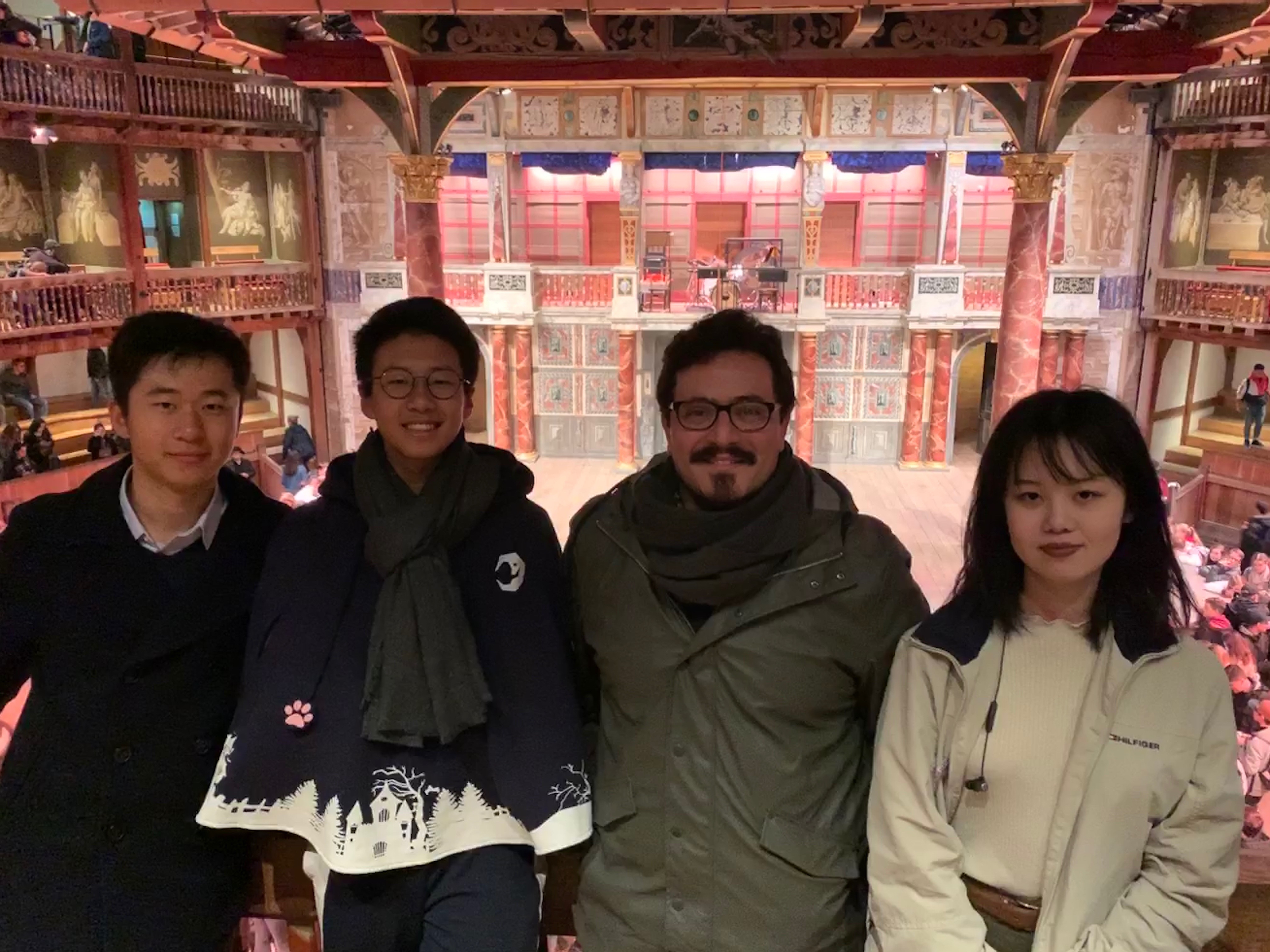 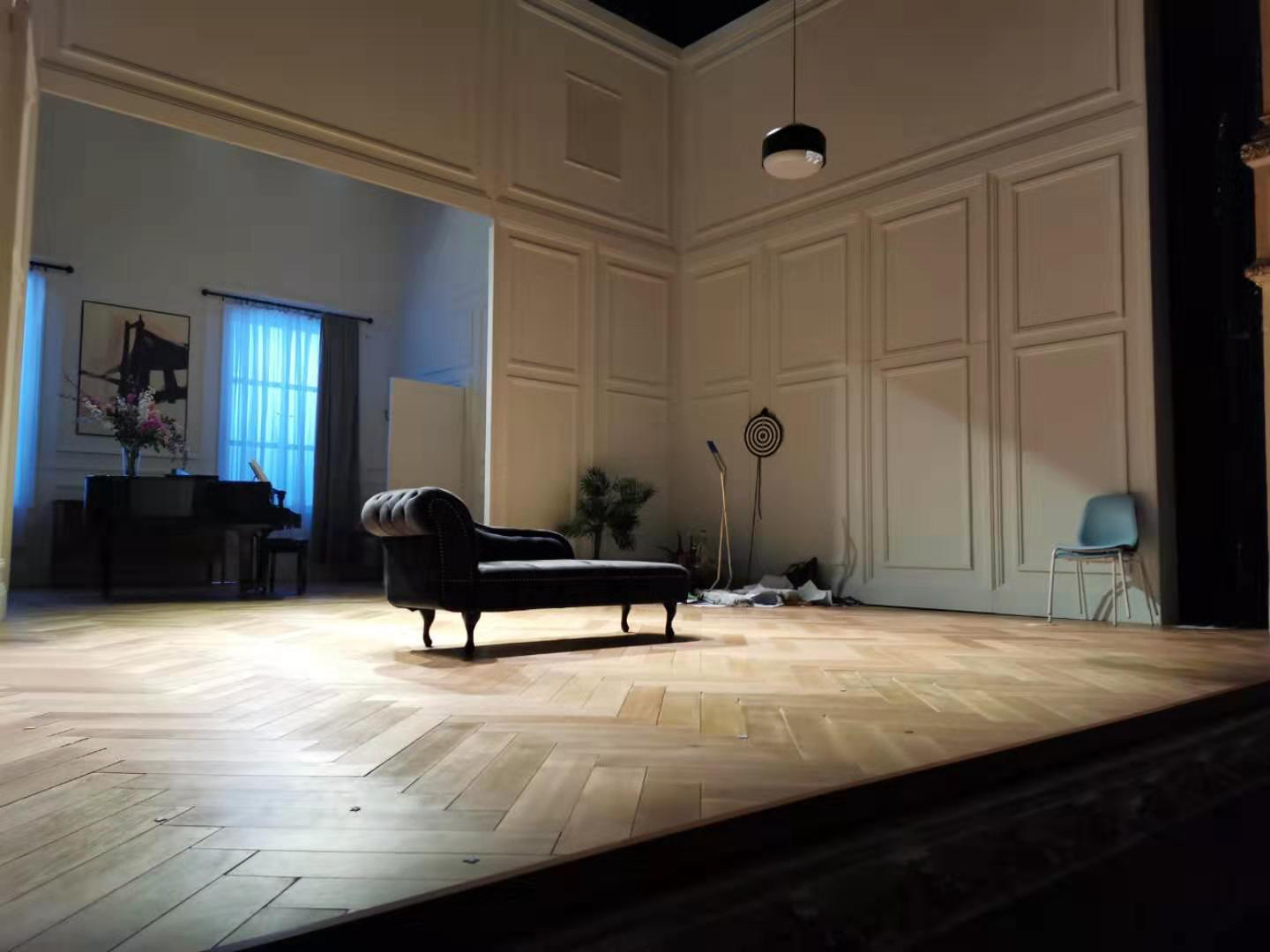 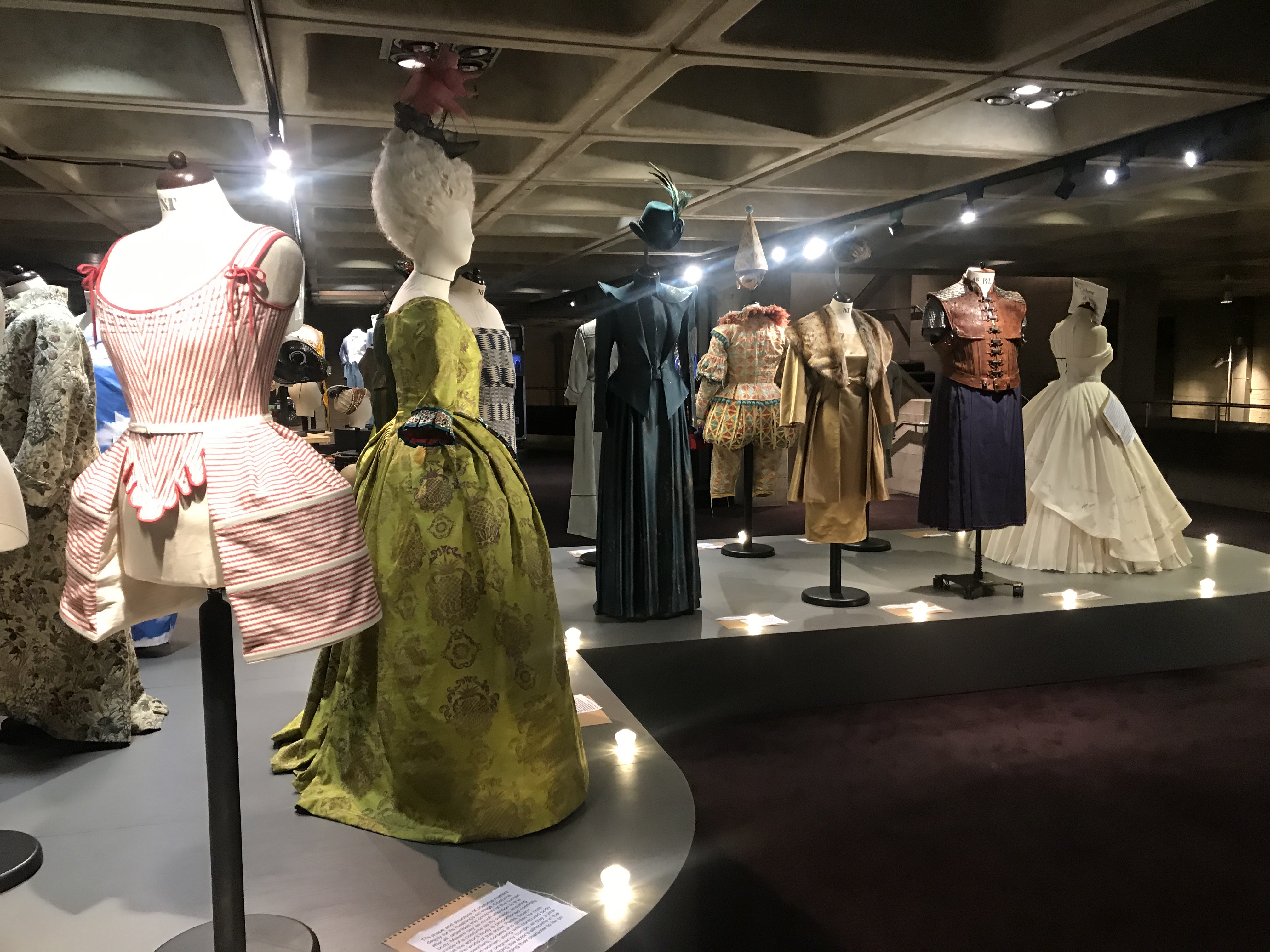 That evening we watched a performance of The Son at the Duke of York’s theatre. The play, originally written in French by Florian Zeller and translated by Christopher Hampton, tells the tragic story of a broken family with divorced parents and an adolescence son struggling to cope with depression. My mind was blown after the show by both the terrific and unconventional design elements and the expressive performance by Amanda Abbington as Anne, Laurie Kynaston as Nicolas, John Light as Pierre and Amaka Okafor as Sofia. The discussion about the show did not cease even when back at the hotel lying in our beds. 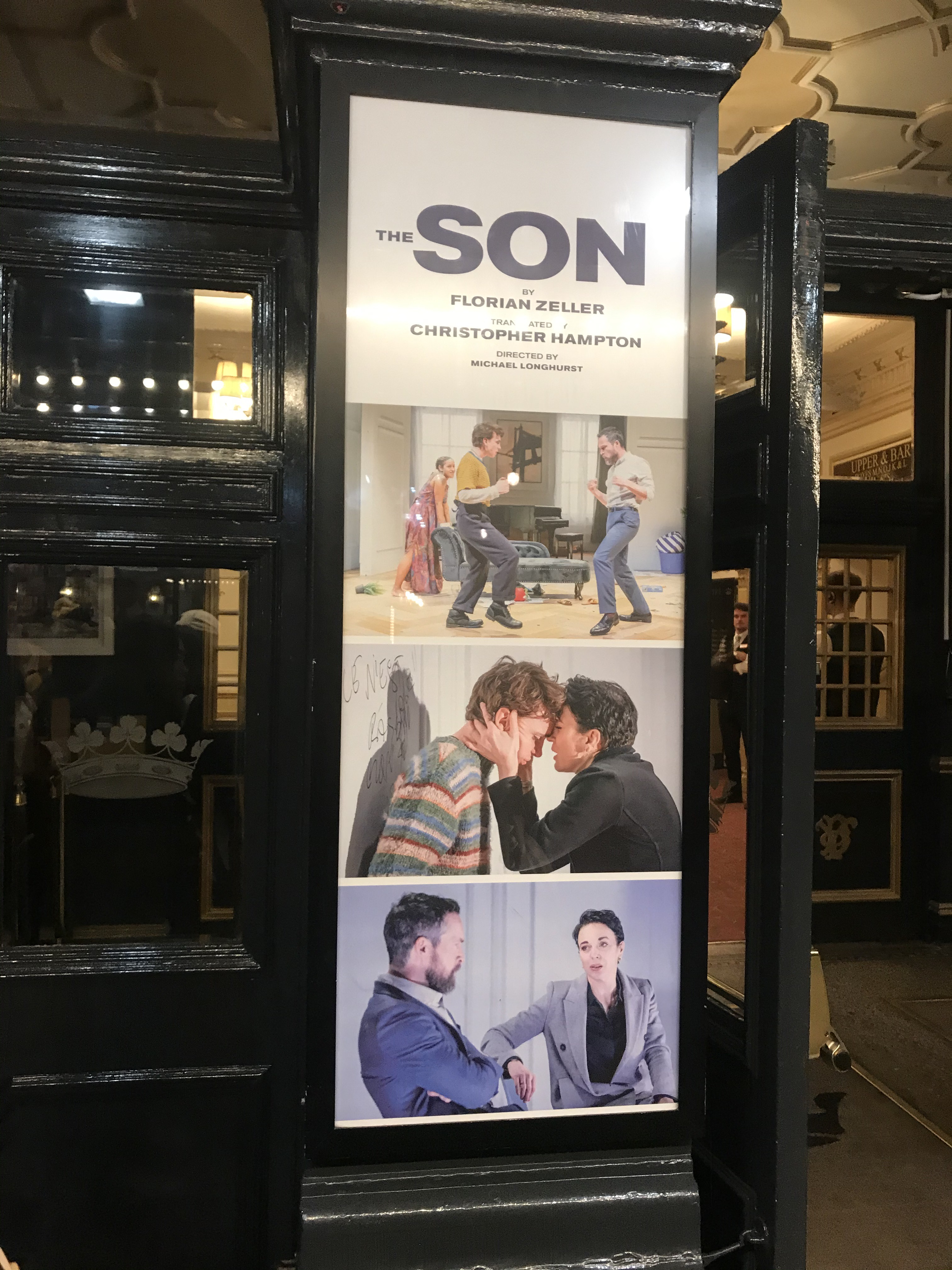 On our program for day 3 was Midsummer Night’s Dream by William Shakespeare showing at the Globe Theatre. Just before the performance, we were given the chance to tour Shakespeare’s Globe which is a reconstruction of the original  Globe Theatre, an Elizabethan playhouse for which William Shakespeare wrote his plays, on the south bank of the River Thames. The modern Globe Theatre is an academic approximation based on available evidence of the 1599 and 1614 buildings. We then had a short workshop about Shakespeare focusing on one of the scenes in Midsummer Night’s Dream. Our guide shared with us a lot of interesting approaches towards a Shakespearean script and how to dive into a scene to explore the possibilities within the lines. The evening’s performance was so entertaining and wacky, and the modern adaptation including inviting audience members to play roles made it a complete extravaganza. I almost laughed my head off when there was a reference on the stage that we had talked about in the workshop about spaniel. 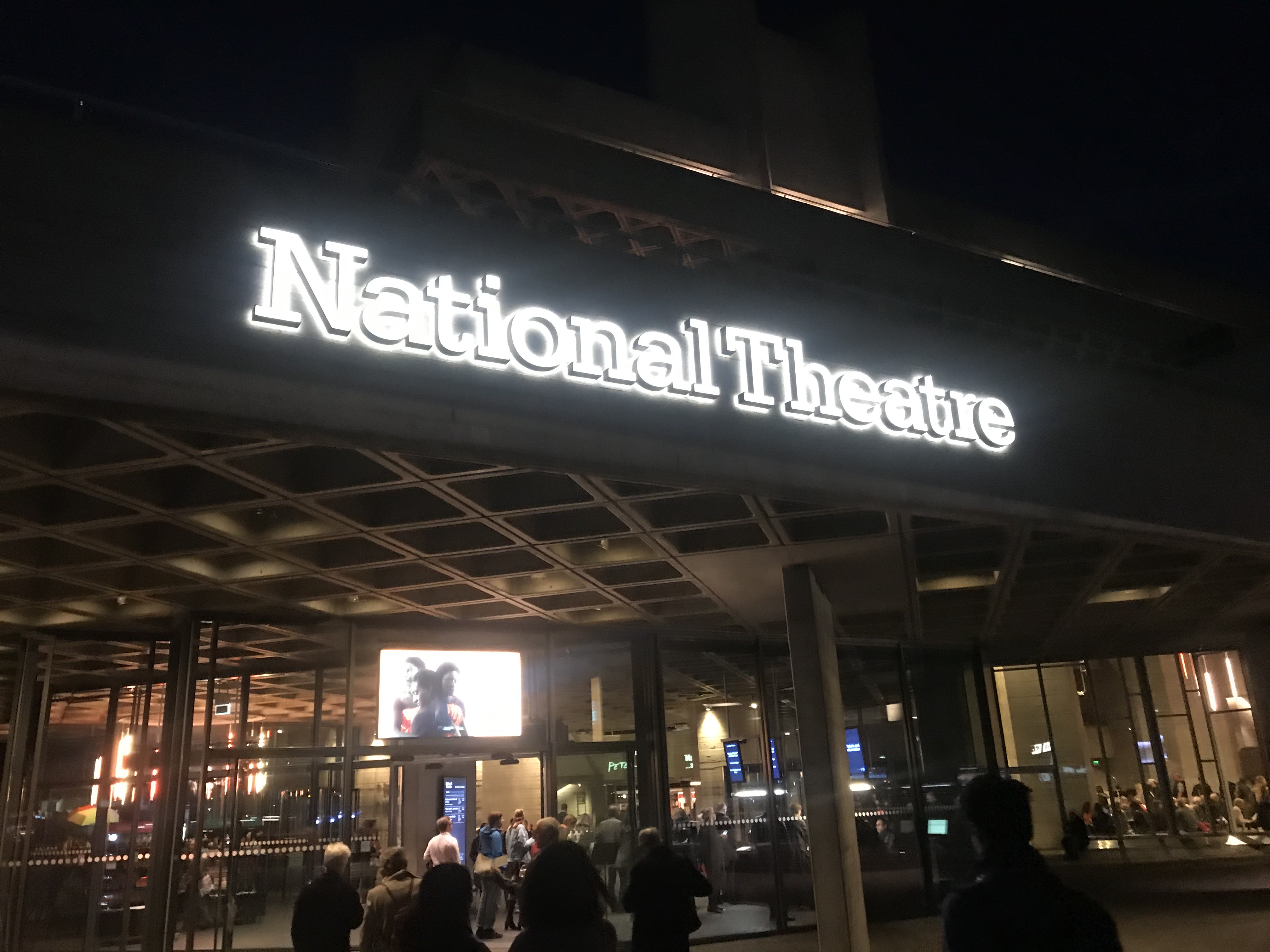 Day 4 was quite exciting for us as we were going to watch a show at the National Theatre. The show is called “Master Harold”… and the Boys. As part of our daily routine, we had a script-based workshop in the afternoon focusing on a script that we had studied and will be writing about in the exams called Accidental Death of An Anarchist by Dario Fo. We explored the physicality in the play as well as the comic elements in it. The workshop helped a lot with our deeper understanding of the script and I am sure that this will help so much in the exam. We were then taken to a guided tour of the National Theatre just before the evening performance. We visited the 3 theatres in the National Theatre and were explained the differences between the 3 and what kind of shows would suit each one of them. We also visited a part of the backstage where technicians design and produce all elements for the shows. I almost cried on the tour because we had an unexpected encounter with Alice, a prop horse that was made for, but never used in the world-famous production, War Horse as the main horse Joey’s mother. Autumn confirmed that this was a dream come true. The evening performance of “Master Harold”… and the Boys, a play by Authol Fugard set in 1950 in South Africa during apartheid, and depicts how institutionalized racism, bigotry or hatred can become absorbed by those who live under it. It was first produced in March 1982 but its popularity ensured that we could still watch it today in the National Theatre in 2019, proving the impact that this show can have on the audience. 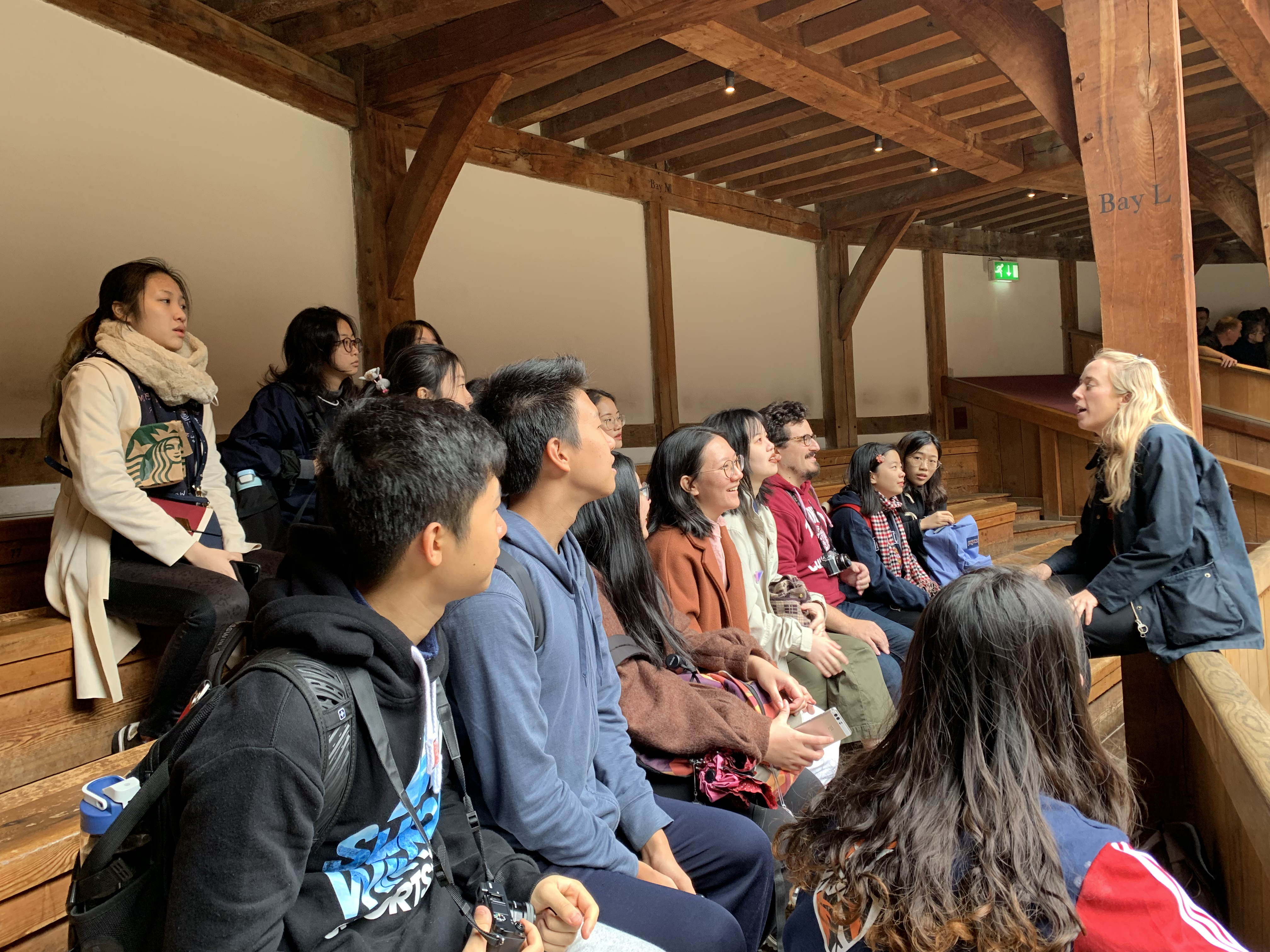 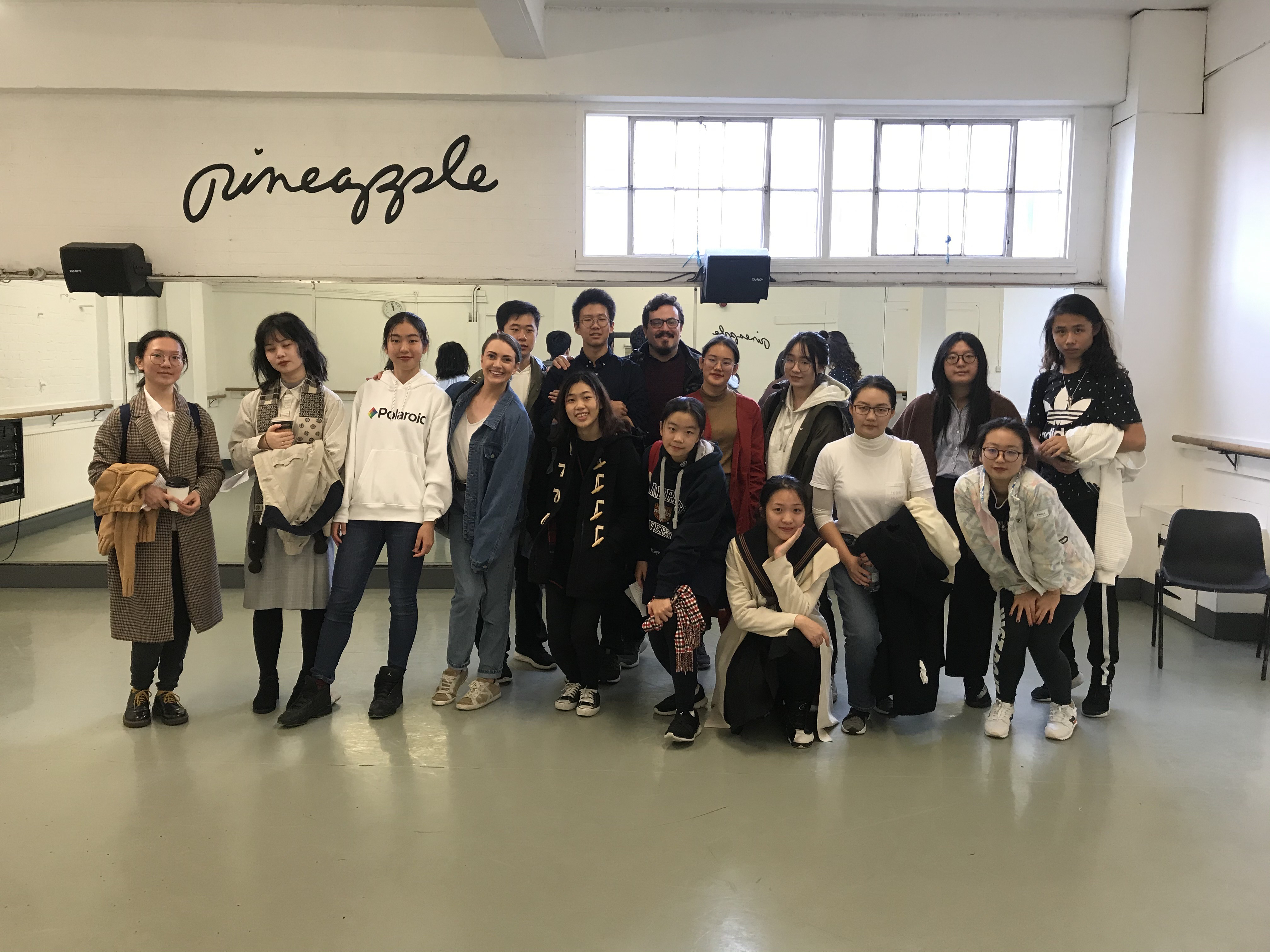 The 5th day was quite a long one as we had a workshop as well as 2 shows. Like the previous day, we had a workshop at Pineapple Studios in the morning. This workshop was a lot of fun for me because it was focused on vocal singing skills delivered by a West End Voice Coach. We did a couple of songs from Mamma Mia (the West End and Broadway musical) one of my favourite productions and there I was, being coached by a West End Voice Coach to sing the songs and blocking a few classic movements with the rest of the class. After lunch, we went to watch a matinee performance of The Fishermen, adapted from the novel of the same name by Chigozie Obioma. Performed in a very intimate space, our group sat in the very back row with the performers still no more than 5 meters away from us. The intimate space and excellent performance delivered by the two performers centring around a murder and involving creepy lighting and sound effects was so terrifying. Some students mentioned having nightmares about the play that night when they went to bed. We then travelled by tube to the Royal Court Theatre where we watched evening performances of Caryl Churchill’s new plays Glass. Kill. Bluebeard. Imp. The set and use of space in the production was really interesting as only part of the stage was used, especially in the first two stories where only a small raised platform was used without anything else on the stage visible to the audience. I learned a lot from these performances as they gave me a lot of new ideas about experimental theatre which I had never considered before.

On our last day in London, we attended a workshop, walked around regent street and did some shopping, before watching our final performance of the trip. The workshop was based on `a play called The Comedy About A Bank Robbery which was exactly the same show we were going to watch that night. As evidenced in the name of the play, it is a comedy so we were asked to extract some comedy effect out of the script in the workshop. We laughed a lot. We learned how to physicalize the lines in the scripts and make them funny and attractive to watch for an audience. There was even more laughter in the actual performance of The Comedy About A Bank Robbery. The fantastic cast delivered laughter to the audience through their convincing performances and the errors and accidents presented on the stage with the magnificent script by Henry Lewis, Jonathan Sayer and Henry Shields. It was a thoroughly entertaining night.

We left London early the next morning. The London trip was like a dream to me, I will always leave a space in my heart to treasure the memories of the trip and occasionally reminisce about the memories to bring a smile to my face. A lot of thanks to the trip leader Gadi Burman as well as the trip Chaperone Sunday Liu for giving us such an opportunity to go to London and watch plays and study theatre there. 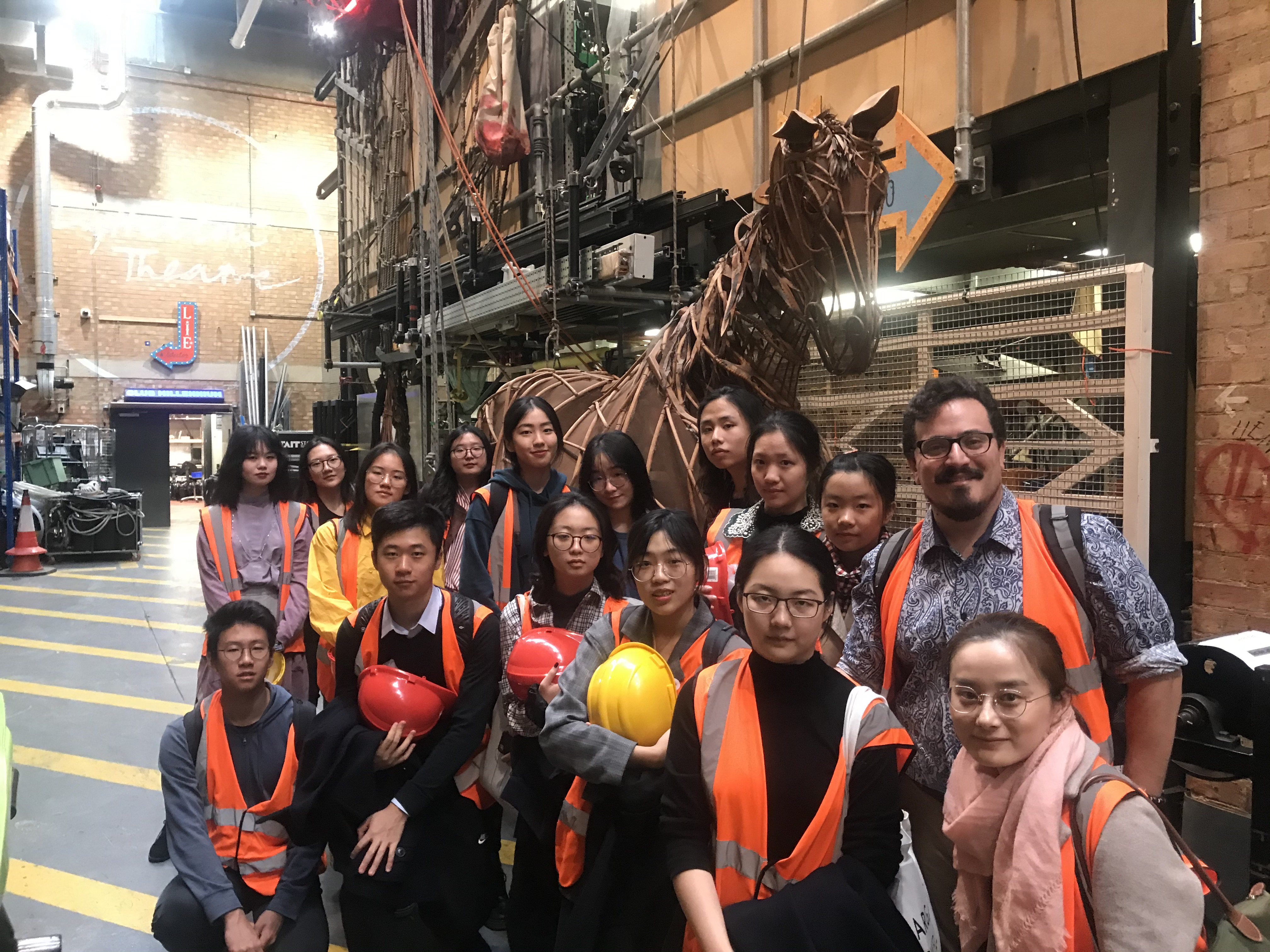