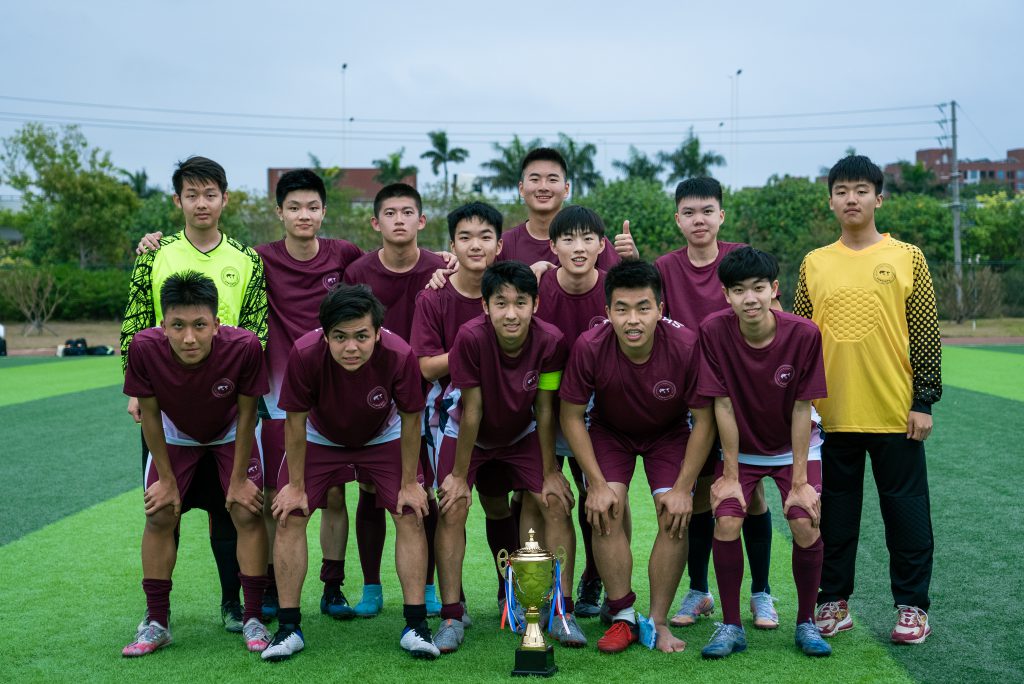 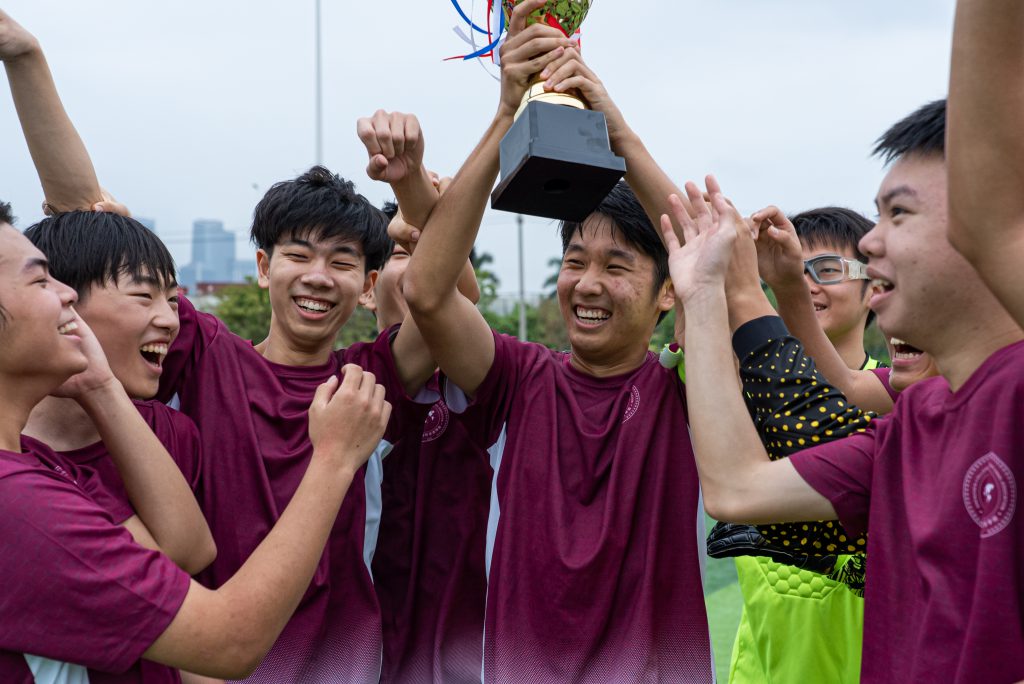 When they ask you about the SCIE objectives, what the goals for the year are…

Well, at the end of the day, it’s always the same, right?

We must win, always.

“We have to attack!”

Come on, let’s play as always.

That ambition to start the season and say, “We can win.” has brought us here, where we will play our finals.

Whistle is blown, the match has started.

Terrence takes the kick off, passes the ball to Robin, who is always good with transferring the ball. He looks for his teammates on the flanks. As Basis strikers press in, he gives the ball behind to Leo, and seeks space on the right.

From here, our build-up begins.

Bob asks for it; and gets it. He takes it, moves forward with the ball, Bob continues, he dribbles the ball, keeps it, using his speed and agility to easily win defenders. He passes to Nick inside the area, Nick takes it first touch, and our captain scores a magnificent volley! The ball enters the back of the net in less than five minutes. The Basis goalkeeper looks unhappy. He’s down on the ground. You try and protect the goal and nothing changed; sometimes you fail. There are eleven players fighting to win on the pitch, in the end it’s a team effort, but when you’re the last man on defense, it’s an even harder pill to swallow when you concede a goal.

As the ball kicks off from the center again, SCIE pressures on, and soon gains possession back. Terrence takes the ball along the sideline, doing his usual tricks, magically passes through three BASIS players, and puts the ball inside the area, Michael reaches from inside the box! …and hits the side netting.

Goal kick. Basis goalkeeper sends the ball forward, where it successfully manages to go over Ethan. The Basis striker sprints forward, but just when he’s about to receive it from the air, Leo come out of nowhere to throw a beautiful header in to clearance. That’s what he always does.

Halftime is blown, and the players come in for a rest. The man with infinite tactics up in his sleeves, Ross, addresses the team: “We can’t lose the ball. We must keep the ball. When we have the ball, they suffer. We’re going to turn the pressure up in their area, make them feel uncomfortable! We’re going to keep the ball moving, we’re going to be strong! We need to stay calm; we have to think about the other day. Be clever and let’s use it to our advantage. When they’re a bit further back on the field, if we have possession for a while, it will mess with them. If they block the line of the pass from here to the outside, take it from one side to another, switch the play.” 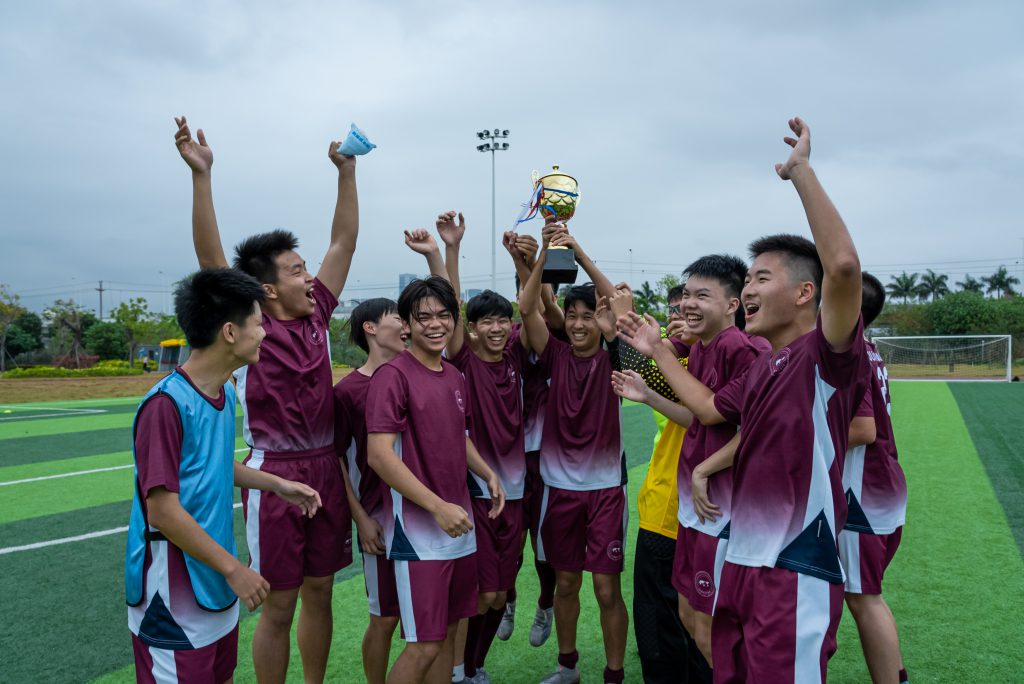 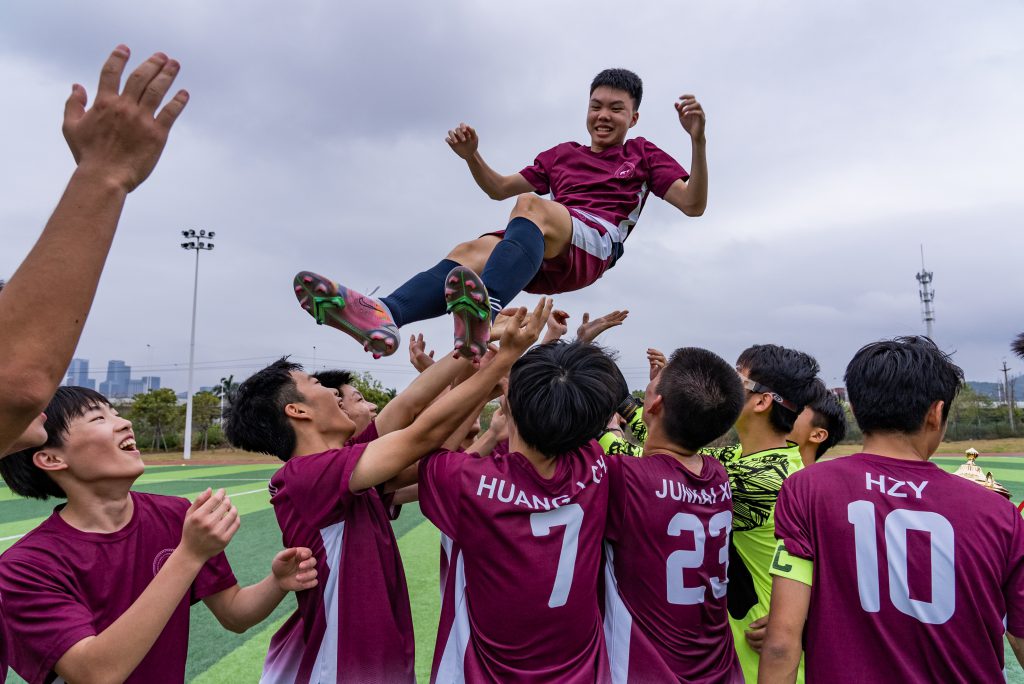 Leo has the ball again. He plays it wide to Blake, who is always fast on his feet. Blake dribbles past a defender, manages inside the area, takes a shot! …and hits the crossbar, far post.

Jeffery touches the ball in his position on the left flank, he enters the area, with Tom in front of him, he gives the ball to Tom, gets it back again…Blake receives the ball and shoots…and is cleverly saved by the BASIS keeper.He decides to play it wide this time, and it works; the winger gets the ball on the right, dashes across the box, and takes a shot on the top corner of the box… Jasper makes a great save that keeps the scoreboard clean.

Be careful Basis, Robin is with the ball. Watch out, he’s got room up ahead of him. Ethan gets the ball back in the center, there is no one in his way, and he takes the rare opportunity, goes to shoot! Ethan over the bar. Well done Senior.

Once again Jeffery has got his second-half off to a good start, he passes to Bob on the right. He makes a center pass, where Jeffery is waiting, Jeffery receives the ball, controls It, and kicks…Jeffery shoots and scores!

In the last few minutes, Michael takes the ball wide from Bob in the back, turns, and puts the ball in the box, Mathew reaches it first, shot from Mathew! The rebound ends upon Nick’s doorstep, come on! Nick shoots…goal, goal, goal!

The full-time whistle is blown, and everyone gathers for celebration. Aaron comes in from the sideline, where he’s been recovering from the food poisoning last week. We have added another trophy to our collection, and enjoy the glory, for all the way we’ve come to this moment.

When they ask our objectives…

Well, at the end of the day, it’s always the same, right?

The ambition to finish the season and say,